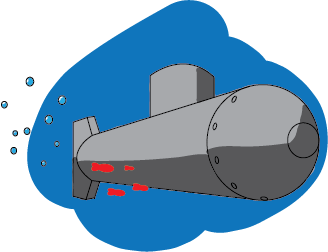 One after another, reports arrived that would profoundly affect public opinion: new observations taken by the transatlantic liner Pereire, the Inman line's Etna running afoul of the monster, an official report drawn up by officers on the French frigate Normandy, dead–earnest reckonings obtained by the general staff of Commodore Fitz–James aboard the Lord Clyde. In lighthearted countries, people joked about this phenomenon, but such serious, practical countries as England, America, and Germany were deeply concerned.

In every big city the monster was the latest rage; they sang about it in the coffee houses, they ridiculed it in the newspapers, they dramatized it in the theaters. The tabloids found it a fine opportunity for hatching all sorts of hoaxes. In those newspapers short of copy, you saw the reappearance of every gigantic imaginary creature, from "Moby Dick," that dreadful white whale from the High Arctic regions, to the stupendous kraken whose tentacles could entwine a 500–ton craft and drag it into the ocean depths. They even reprinted reports from ancient times: the views of Aristotle and Pliny accepting the existence of such monsters, then the Norwegian stories of Bishop Pontoppidan, the narratives of Paul Egede, and finally the reports of Captain Harrington—whose good faith is above suspicion—in which he claims he saw, while aboard the Castilian in 1857, one of those enormous serpents that, until then, had frequented only the seas of France's old extremist newspaper, The Constitutionalist.

An interminable debate then broke out between believers and skeptics in the scholarly societies and scientific journals. The "monster question" inflamed all minds. During this memorable campaign, journalists making a profession of science battled with those making a profession of wit, spilling waves of ink and some of them even two or three drops of blood, since they went from sea serpents to the most offensive personal remarks.

For six months the war seesawed. With inexhaustible zest, the popular press took potshots at feature articles from the Geographic Institute of Brazil, the Royal Academy of Science in Berlin, the British Association, the Smithsonian Institution in Washington, D.C., at discussions in The Indian Archipelago, in Cosmos published by Father Moigno, in Petermann's Mittheilungen,* and at scientific chronicles in the great French and foreign newspapers. When the monster's detractors cited a saying by the botanist Linnaeus that "nature doesn't make leaps," witty writers in the popular periodicals parodied it, maintaining in essence that "nature doesn't make lunatics," and ordering their contemporaries never to give the lie to nature by believing in krakens, sea serpents, "Moby Dicks," and other all–out efforts from drunken seamen. Finally, in a much–feared satirical journal, an article by its most popular columnist finished off the monster for good, spurning it in the style of Hippolytus repulsing the amorous advances of his stepmother Phædra, and giving the creature its quietus amid a universal burst of laughter. Wit had defeated science.

During the first months of the year 1867, the question seemed to be buried, and it didn't seem due for resurrection, when new facts were brought to the public's attention. But now it was no longer an issue of a scientific problem to be solved, but a quite real and serious danger to be avoided. The question took an entirely new turn. The monster again became an islet, rock, or reef, but a runaway reef, unfixed and elusive.

On March 5, 1867, the Moravian from the Montreal Ocean Co., lying during the night in latitude 27° 30' and longitude 72° 15', ran its starboard quarter afoul of a rock marked on no charts of these waterways. Under the combined efforts of wind and 400–horsepower steam, it was traveling at a speed of thirteen knots. Without the high quality of its hull, the Moravian would surely have split open from this collision and gone down together with those 237 passengers it was bringing back from Canada. This accident happened around five o'clock in the morning, just as day was beginning to break. The officers on watch rushed to the craft's stern. They examined the ocean with the most scrupulous care. They saw nothing except a strong eddy breaking three cable lengths out, as if those sheets of water had been violently churned. The site's exact bearings were taken, and the Moravian continued on course apparently undamaged. Had it run afoul of an underwater rock or the wreckage of some enormous derelict ship? They were unable to say. But when they examined its undersides in the service yard, they discovered that part of its keel had been smashed.

This occurrence, extremely serious in itself, might perhaps have been forgotten like so many others, if three weeks later it hadn't been reenacted under identical conditions. Only, thanks to the nationality of the ship victimized by this new ramming, and thanks to the reputation of the company to which this ship belonged, the event caused an immense uproar. No one is unaware of the name of that famous English shipowner, Cunard. In 1840 this shrewd industrialist founded a postal service between Liverpool and Halifax, featuring three wooden ships with 400–horsepower paddle wheels and a burden of 1,162 metric tons. Eight years later, the company's assets were increased by four 650–horsepower ships at 1,820 metric tons, and in two more years, by two other vessels of still greater power and tonnage. In 1853 the Cunard Co., whose mail–carrying charter had just been renewed, successively added to its assets the Arabia, the Persia, the China, the Scotia, the Java, and the Russia, all ships of top speed and, after the Great Eastern, the biggest ever to plow the seas. So in 1867 this company owned twelve ships, eight with paddle wheels and four with propellers. 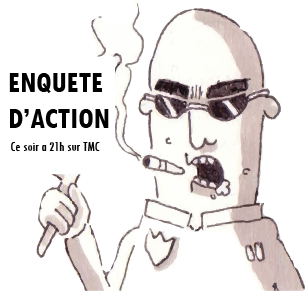